The Arte Bello gallery has been welcoming you for more than 20 years, in the Latin Quarter in Nouméa.

( - 2018) Raina was born in Raiatea, the sacred island. She lives in Noumea where she works as a psychologist. As a native of Polynesian, she claims a deeply Oceanian sensibility. She has been immersed in art and painting from her childhood, when a budding artist. As a member of artist lineage – notably Octave Morillot – the young Tahitian girl soon finds her style. She learns various techniques with her father Gilbert Chaussoy who offers her her first pastel box which became her favorite medium together with charcoal and black stone. She explains: “I like the touch and the spontaneity of this technique: pastel is applied directly on a medium and the intensity of colour entirely depends on the pressure exerted. I like this way of painting because of the effect of light and intense colours it implies.” The sensual and amotional relation with her island, the earth and the sea is present in her paintings through strong natural elements which convey a sacred meaning: uru, purpoises, va’a, marae, etc…

Works ingrained in the Pacific region

Her works are rooted in the Pacific islands so deeply mixing the strength of stone, the softness of the feminine and aerial myths. Atoll or dormant volcano are all very strong and far away elements inducing dream. A man either lost in the city of Noumea or fishing with a harpoon on a coral reef has a spark of dream and “elsewhereness” in his eyes with many deep inside visions ebbing from his lips. All of the familiar characters in her paintings transcend airily colours and anchor their presence in endless time. The artist stroke is precise and light like the multicolour lorikeets, unveiling the discreet and strong soul of Oceanian youth. It is not a portrait in a background, but a flamboyant world springing from the eyes in each face. Each time, it is a new Oceanian voyage, bathing in nostalgic feats of violence and hopes… Just like the volcanic islands of the Pacific and the various cultures they harbour, the women come forward, fragile and strong, under threat but resilient, stylized, idealized, like in a dream ebbing from the canvas. They spell Oceania with this very distinctive mix of softness and power. “The women are present in many fantasies as well as in the roughest social context. I am inclined to think that society must find solutions to its problem through women but also change and improve the way it sees them”, says the artist. One had to be Oceanian to be able to transcribe all the various inner worlds in painting, to eventually give the real and silent faces their particular light and colours that fancy creates. She has received several Art awards from the Direction of Culture of the South Province. Since 2012, she has been exhibiting her work every other year at the Arte Bello gallery. 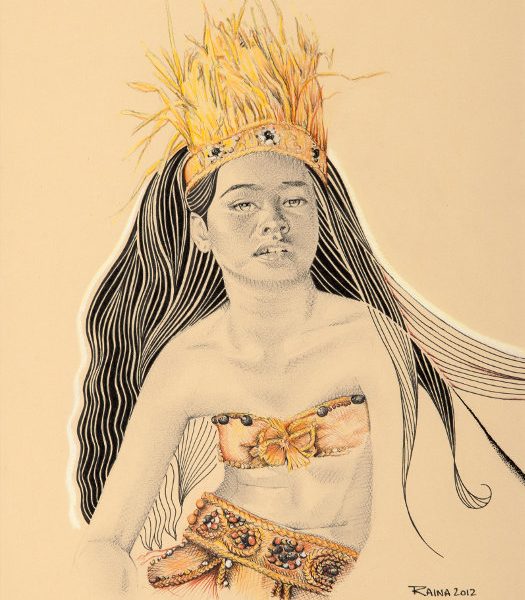 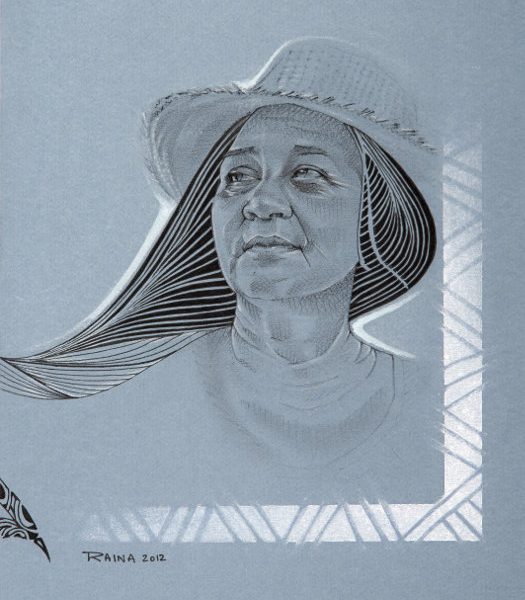 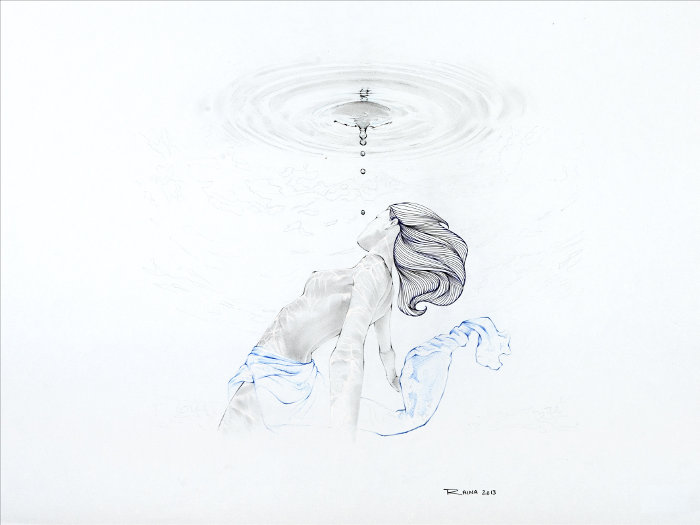 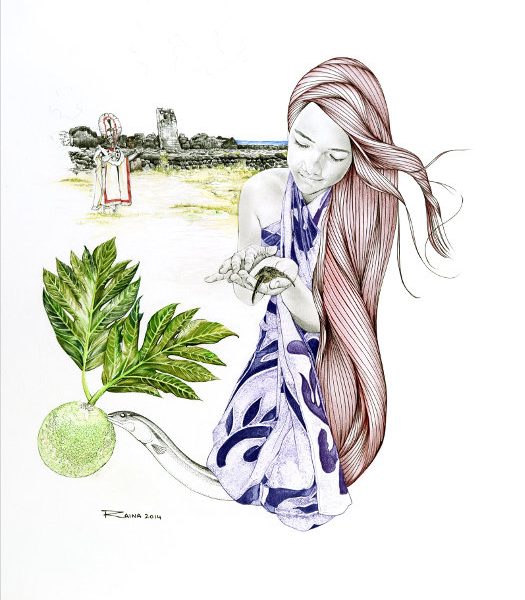 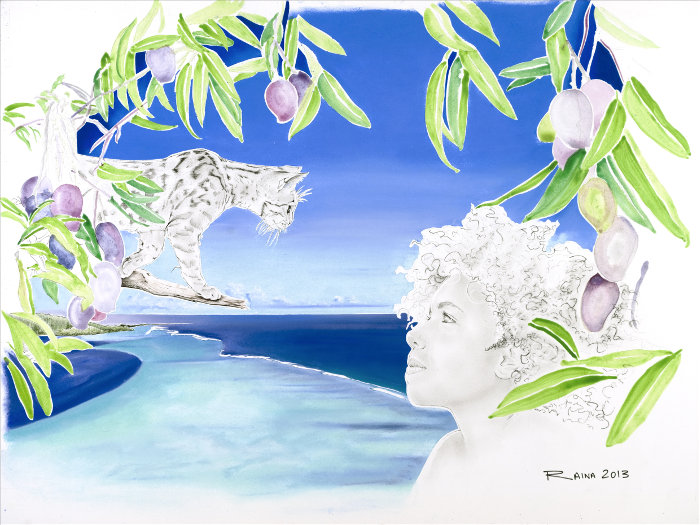 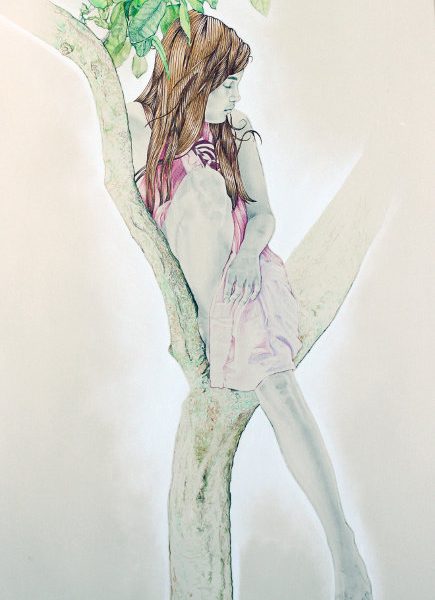 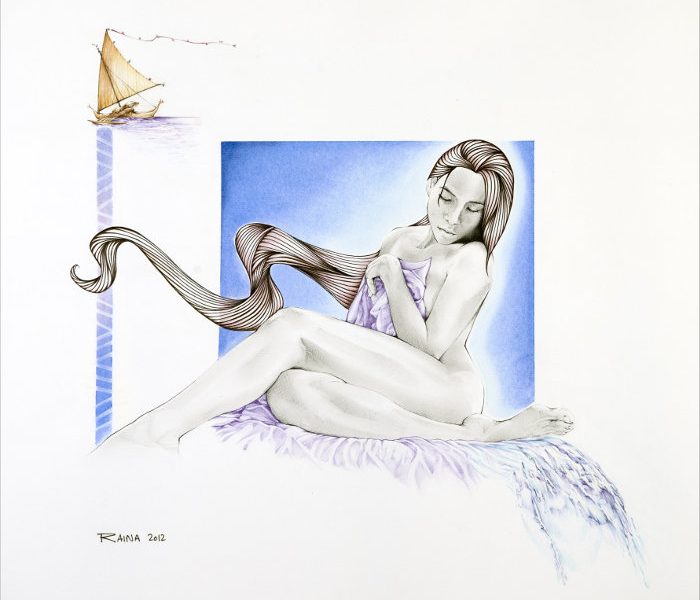